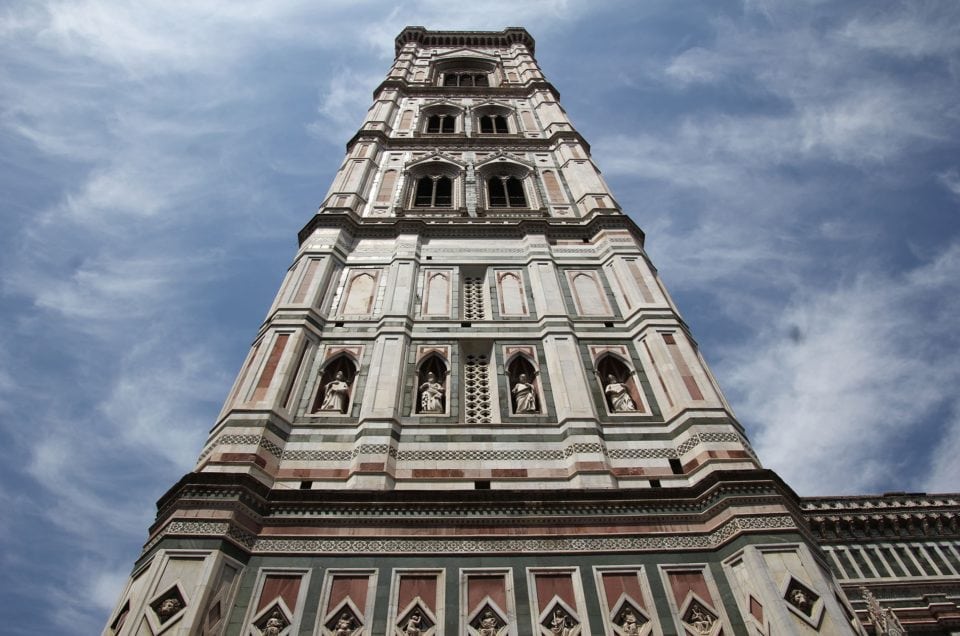 To the right of the Florence Cathedral stands the celebrated Bell Tower by Giotto di Bondone, started in 1334 by the great painter and architect. After his death in 1337, the work was continued by Andrea Pisano, and later again by Francesco Talenti who completed it in 1359.

According to a drawing conserved in Siena and attributed to his hand, Giotto imagined the tower rising into the sky, topped with a tall, splendidly Gothic spire.

Talenti, on the other hand, preferred to finish the tower with a flat top above a large window with three lights.

The vertical sweep of the whole tower is brought to life by the chromatic effect of the changing colors.

The Habsburg Emperor, Charles V, during a visit to Florence in 1536, remarked –and rightly so- that this Bell Tower has such rare beauty that it should remain under wraps and be put on display on great occasions only.