Palace of the Bargello 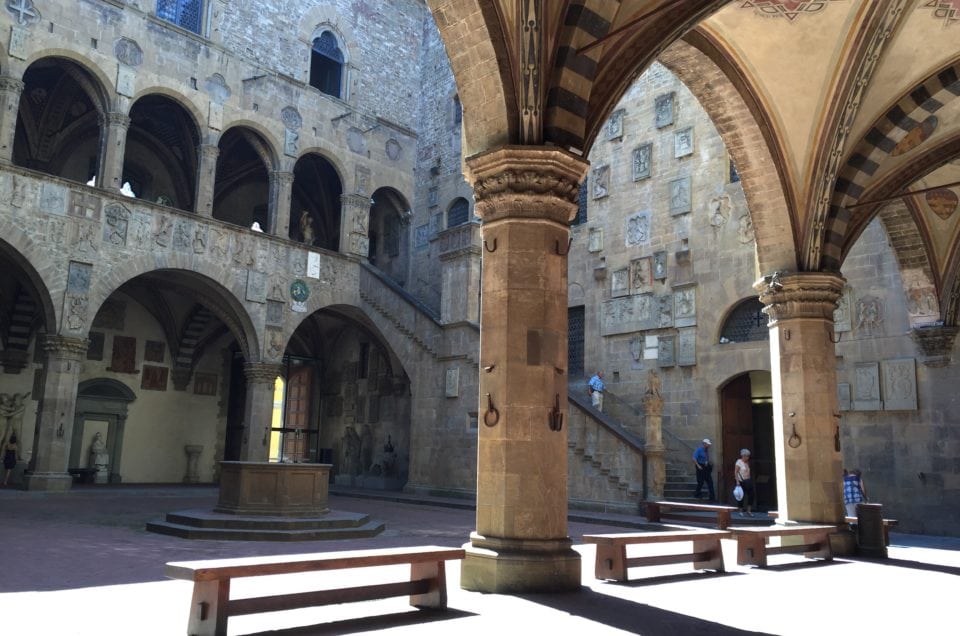 This medieval building was constructed in 1255 and was the office of the Podestà, the magistrate whose role was to keep the peace between the different factions in Florence. After 1574, it became the office of the Bargello, the captain of justice, in other words the Chief of Police.

The building is a grandiose Gothic structure, finished with a prominent tower known as Volognana.
Although the courtyard was somewhat restored in the 19th century, it remains a very interesting example of the use of space in the Middle Ages, and the staircase going up to the first floor stands out in particular.
The rooms of the building, which once was also used as a prison, have housed renowned art collections since 1860.

Palace of the Bargello