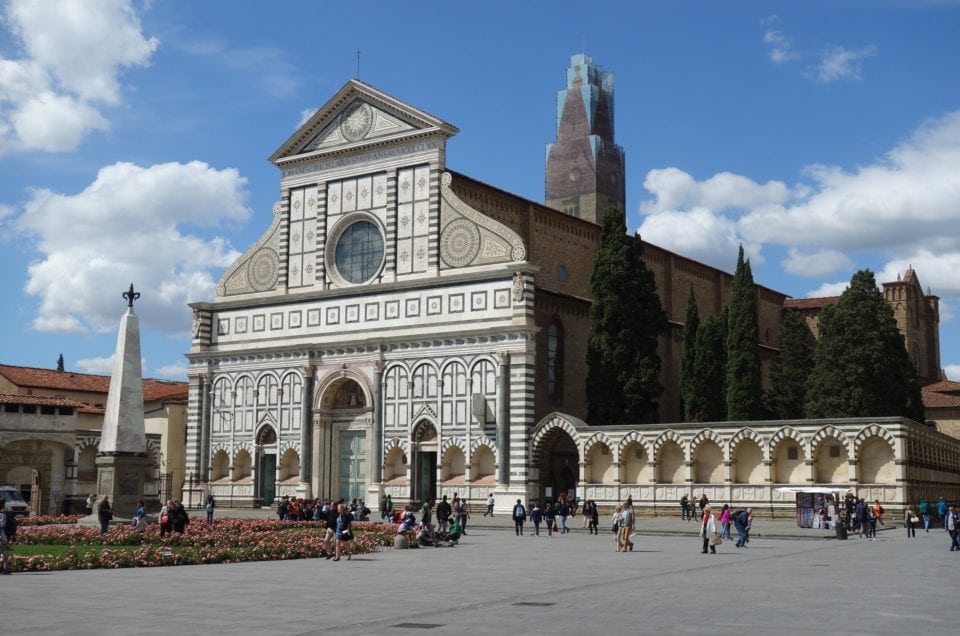 The church was begun in 1246 with a triple nave built on lightly pointed arches, and completed in 1360.

The black and white marble façade, similar to what you have already seen on the exterior of the Baptistery, was started around the middle of the 14th century, but not finished until the following century according to a Renaissance design by Leon Battista Alberti. He is responsible for the masterly arched portal in the middle where he was inspired by Roman triumphal arches, and also for the elegant solution of the upper part where the two scrolls unite the two orders of the façade.