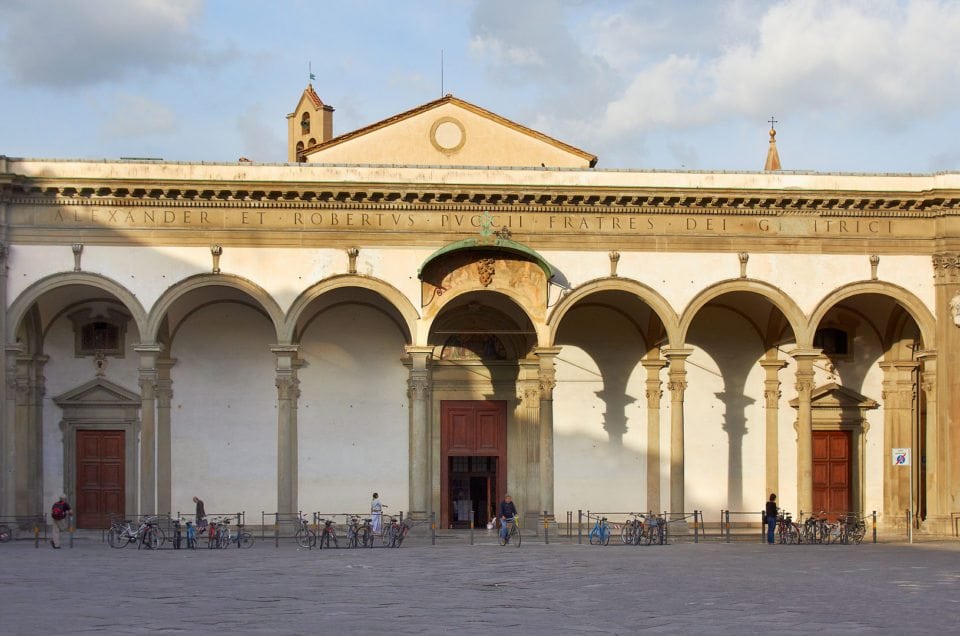 The Basilica of the Annunciationstands in a Renaissance piazza with rounded porticoes and fine decoration. In the center, there is the equestrian statue of the Grand Duke Ferdinand I, a work from 1608 by Pietro Tacca who was responsible for the very original bronze fountains alongside.

The church itself was founded in 1260 to be the Oratory of the Servants of Mary. However, it was very soon renovated and enlarged because of growing devotion to the fresco of the Annunciation. The present church is preceded by a portico that leads you into the so-called “small cloister of votive tablets” and you pass from here into the main church which consists of one single nave with side chapels and a large round tribune at the end.

The interior was reconstructed in the mid 15th century, and renewed again in the second half of the 17th in a sumptuous Baroque style. Particularly worthy of note is the wooden ceiling, decorated in gold with paintings and precious in-lay carvings.

The front piece of the high altar is a splendid work in silver made by the Grand Duke’s silversmith, Cosimo Merlini, an artist with Baroque tastes.