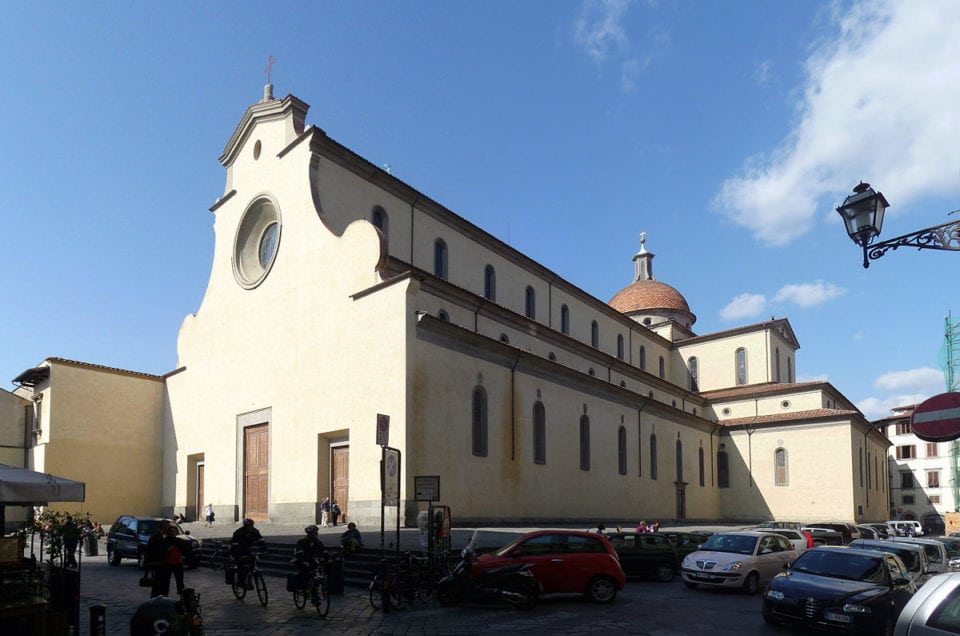 The powerful outline of the original, very simple façade of the church of Santo Spirito is impressive. The grandiose interior with its three naves and large columns bears the imprint of Filippo Brunelleschi, who designed it around 1445.

The architecture seems like a re-working of San Lorenzo, but this church is more monumental and harmonious. The inside of the façade, made by Salvi d’Andrea around 1485, is extremely impressive, as it is crowned by a round window with stained glass by Perugino.

The main altar, surmounted by a baldacchino, is a polychrome marble and bronze work made by Giovanni Caccini at the beginning of the 17th century.

Worth admiring, too, is a wooden crucifix sculpted by Michelangelo in his youth.

In the left-hand nave, you will see the entrance to the sacristy, which is preceded by a magnificent, monumental vestibule designed by Simone de Pollaiolo, who was otherwise known as “il Cronaca”. The sacristy itself is a very fine, noble room from the end of the 15th century and designed by Giuliano da San Gallo. The decorated capitals of the first order of pilasters are of singular beauty. Some of these have been attributed to the chisel of Andrea Sansavino.