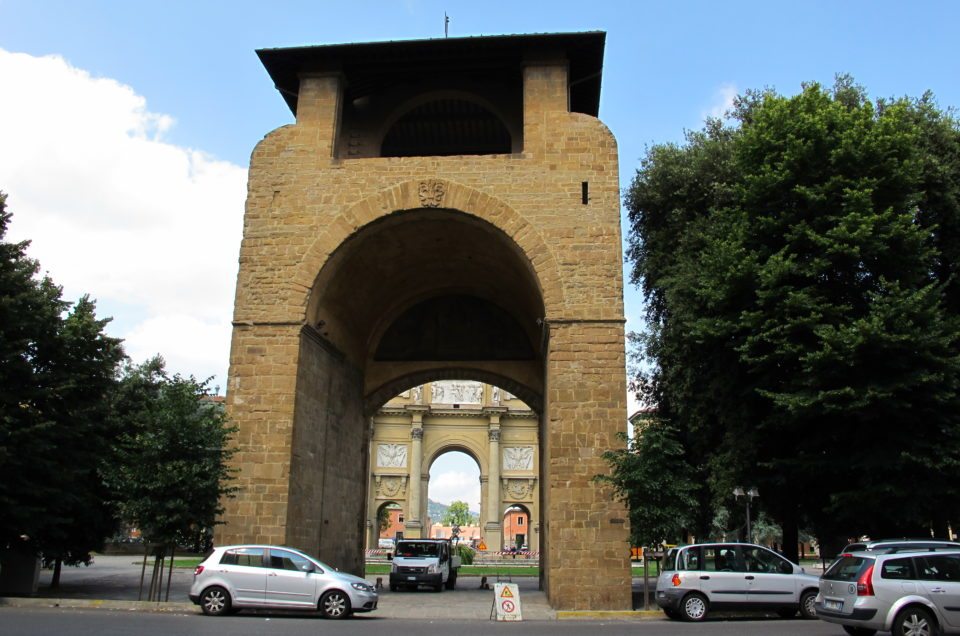 Porta al Prato is one of the most ancient gates of the city and its construction dates back to 1284. It contains a fresco depicting the “Virgin Mary with the Holy Child and the Saints” attributed to Michele di Ridolfo and it is set on the Fratelli Rossetti Street and the Belfiore Street.

In 1529, Benvenuto Cellini was charged to fortify the gate because an attack by Pope Clement VII from the Medicis family was feared, since he wanted to bring his family back into the city with the help of the imperial army. Consequently, the “Nove della Milizia” committee was created by the Popular Government with the aim to finish the fortification works that had been interrupted in 1526 when the Medicis were driven out of Florence.

The famous artist Michelangelo Buonarroti was a member of that committee, although it is known that some of his projects were so complicated and innovative that only part of them was carried out.

Getting to the centre it is possible to visit the Ognissanti church. Its convent was founded by the Umiliati monastic order in 1251 and it underwent a radical restoration after the tragic alluvion in 1966.

The Ognissanti church was raised at the centre of the ancient wool workers’ village and it is one of the most ancient Florentine churches with a baroque façade. Inside the ancient refectory of the convent, the Botticelli’ s and Domenico Ghirlandaio’ s frescoes can be admired.

At a little distance from Porta al Prato there is also Palazzo Corsini. It was built by the architect Bernardo Buontalenti in 1527 and it was later amplified and decorated with Baroque elements in 1624.

In 1860 two small woods of forest trees were planted at its sides and the avenue was decorated with Roman statues. A barrier of greenery rises to protect this building by surrounding its perimeter. Every year the review “Artigianato e Palazzo” take place inside the three lemon plantations that flank the avenue, during which smiths, engravers and decorators expose their works.